Vista Pointe’s location—along the main thoroughfare Katipunan Avenue and B. Gonzales Street—is truly a prime one, as it puts residents in very close proximity to top schools Ateneo de Manila University, Miriam College, and the Center for Culinary Arts. A short ride away is the Diliman campus of the University of the Philippines. All of these schools enjoy high annual enrollment numbers, with students from a wide range of economic and social backgrounds.

The Vista Pointe tower is also near one of the metro’s biggest transportation networks, the LRT 2. This light rail line brings thousands of passengers from Santolan Station (located on the Marikina-Infanta Highway or Marcos Highway in Pasig City) to Recto Station in the City of Manila. Katipunan has its own station named after the road, which is a short walk or tricycle ride away from the Vista Pointe development. Jeepneys, tricycles, and cabs can be easily found along the stretch of Katipunan Avenue almost 24 hours a day, seven days a week.

Aside from schools and transportation options, this development is also situated near some of Quezon City’s premier shopping, lifestyle, leisure, and entertainment destinations. The closest to the Vista Pointe Tower is the U.P. Town Center (named so for its proximity to the University of the Philippines, or U.P.), a shopping mall that offers a wide range of high-street and high-end brands from all over the country and the world, exciting dining options, and entertainment activities such as world-class cinemas and regular live entertainment and events. A short drive away is the Ayala Group of Companies-developed Trinoma Mall, one of the city’s biggest lifestyle destinations. Directly in front of Trinoma is SM North EDSA, a shopping landmark in Quezon City built by the country’s biggest nationwide mall chain, SM. This sprawling mall is considered to be one of the largest in the world. A short train ride away (from Katipunan Station to Cubao Station) is Gateway Mall, a shopping and lifestyle destination developed by the prominent Araneta clan. Gateway is situated beside the Araneta Center, which is the venue of choice for many collegiate sporting events.

For the resident’s daily needs at home and in school, a Rustan’s Supermarket (a chain of high-end grocery stores with a wide range of local and imported products) and a National Bookstore are within walking distance.

For health care and emergency needs, there are four hospitals that Vista Pointe residents can easily access, namely: the Quirino Medical Center, the Sta. Monica Hospital, the Philippine Heart Center, and the Immaculate Conception Hospital.

The residents’ spiritual needs will also be met by four nearby places of worship, namely: the Sta. Maria della Estrada Parish, the Monasterio de Sta. Clara, Victory Church Quezon City, and the Our Lady of Penecost Church. 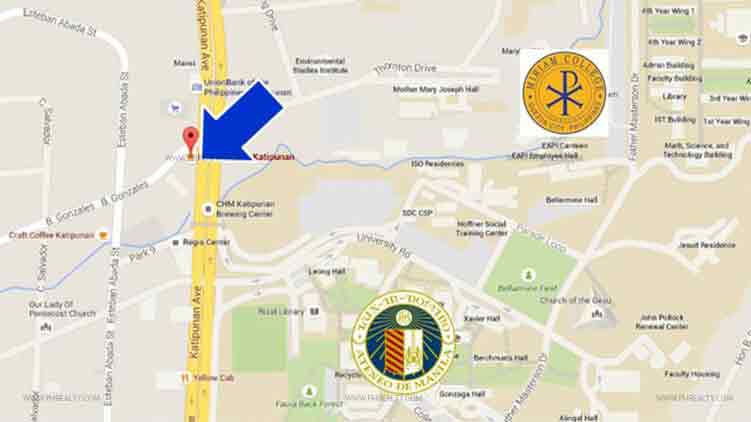 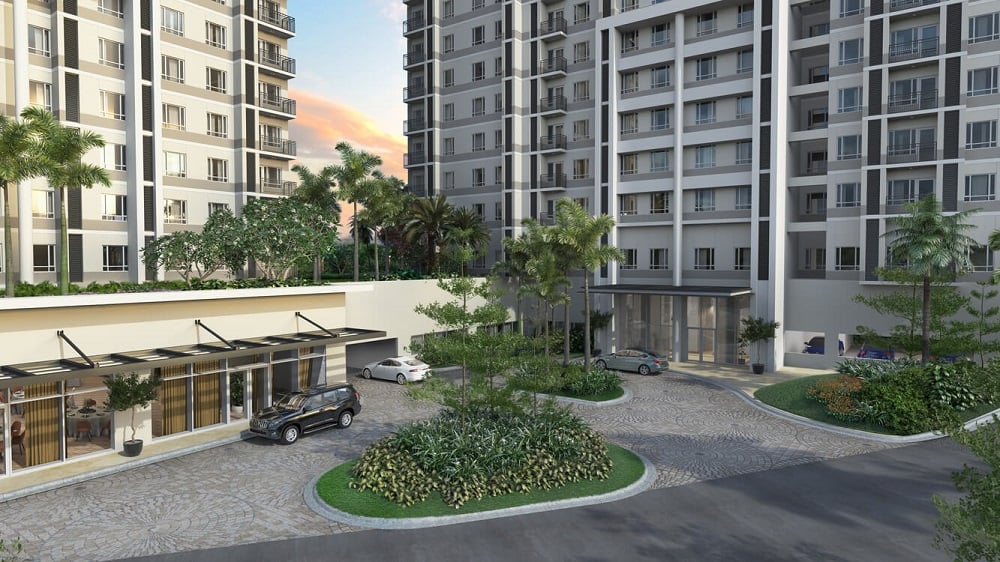